Yuyutsu Sharma has been invited to be part of Poetry Parnassus happening at Southbank Centre from 26th June to 2nd July 2012.

Poetry Parnassus is set to be the biggest poetry festival ever staged in the UK.  The Festival will be part of Southbank Centre’s Festival of the World, the Cultural Olympiad and the London 2012 Festival.  It will be a global gathering of up to 204 poets from every Olympic nation – with the world’s most exciting poets, rappers, spoken-word artists, dancers and musicians. 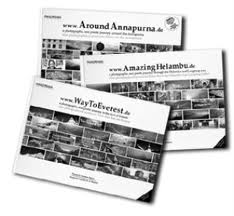 Yuyutsu Sharma, the renowned India-born Nepali poet from Kathmandu, Nepal, will be featured at Cinematique at 1:30 p.m. on Saturday, May 12. Yuyutsu, whose poems have been translated into nine languages, most recently performed at New York University and Baruch College. He has published nine volumes of poetry and performed at major colleges and venues throughout the world.
His Excellency Mr. Keith George Bloomfield, Former British Ambassador to Nepal, in the preface to Yuyutsu’s newest book, The Nepal Trilogy, gave the highest praise to the work, noting the work “bring[s] to life an extraordinary region in all its striking beauty and natural harmony. The unique combination of their photographic and poetic skills succeeds in laying bare the very soul of the Himalayas.”
The reading will be accompanied by a PowerPoint presentation of photographs of Nepal and a talk by Yuyutsu about his homeland, his poetic activities, his magazine, Pratik, and press based in New Delhi, where he edits the works of international authors.
The event is open to the public with a ticket price of $7 ($5 for members of Cinematique). It is cosponsored by the Creative Happiness Institute, Inc. and the Tomoka Poets, both local non-profit arts organizations. Cinematique is located at 242 S. Beach Street, Street, Daytona Beach.
For more information, contact Cinematique at 386-252-3118 or Dr. Axelrod, axelrodthepoet@yahoo.com or 386-492-2409.
Posted by Yuyutsu Sharma at 11:22 AM No comments: